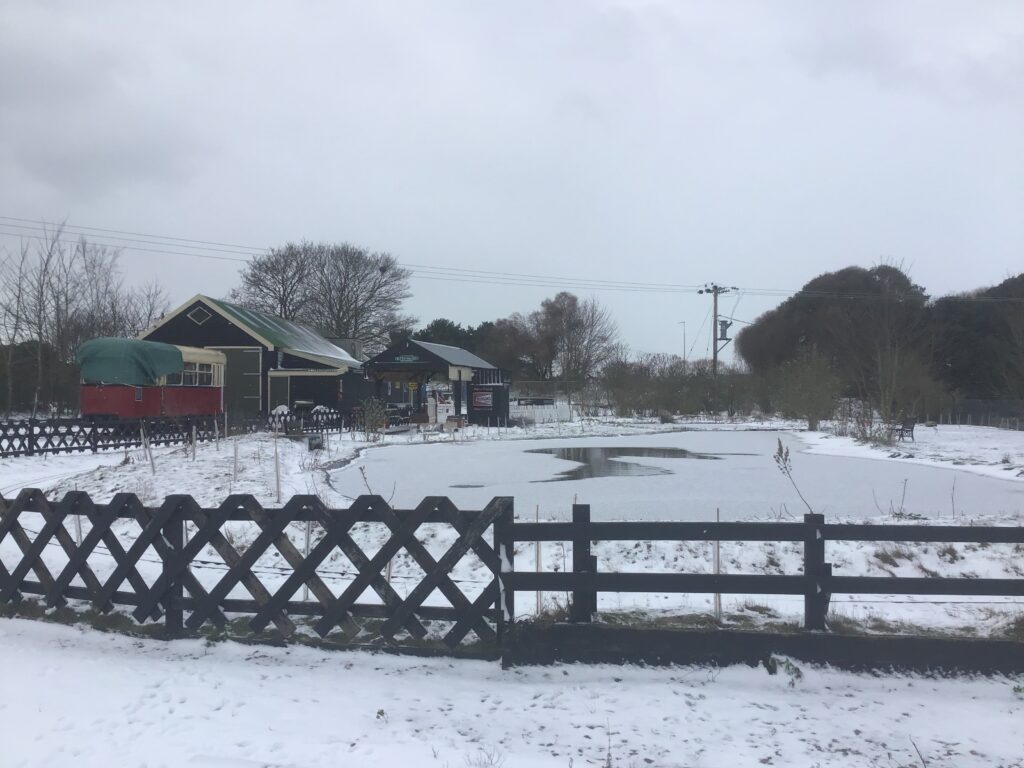 I doubt anyone could have failed to notice that it snowed last week. And proper snow too, not just the flimsy stuff that melts after a day or so, but a good thick carpet that hangs around for ages. Steamworks, (once I could get there) looked quite well in it, even if Blyth Road bore a striking resemblance to the Monte Carlo Rally for a few days. Sadly I couldn’t find a set of Dawlish Snowstoppers that would fit my car.

The BVLR got the worst of it- it’s somewhere under there, you can track it roughly by the point levers sticking up. It put me in mind of the cartoons that Carl Giles used to draw whenever the country saw the slightest flurry of snow, trains, buses and cars all buried deep in arctic levels of snowfall. If I’d thought ahead, I could have constructed a miniature snowplough for the miniature railway, á la the evocative British Transport Commission film Snowdrift at Bleath Gill. Although I seem to remember reading somewhere when I was a child that it was only silly soft stuff, and thus couldn’t possibly stop a train. 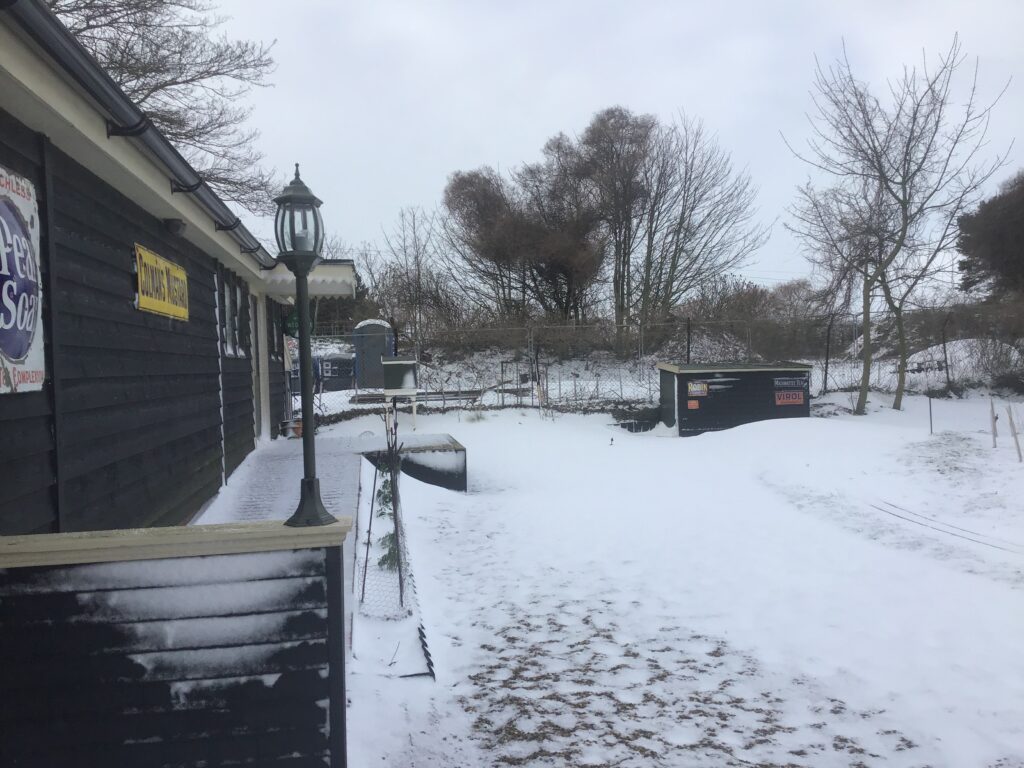 It’s rather like Narnia, except on a budget and without any fawns.

The disadvantage of the snow, attractive as it was, was the plunging temperatures. Fortunately John R had turned the water off at the main before the cold snap, as I found all the plumbing frozen in the cabin on my return. It took sometime for the office to thaw out sufficiently for the taps to run, although I can confirm that coffee made with snow is indistinguishable from that made by more conventional means. 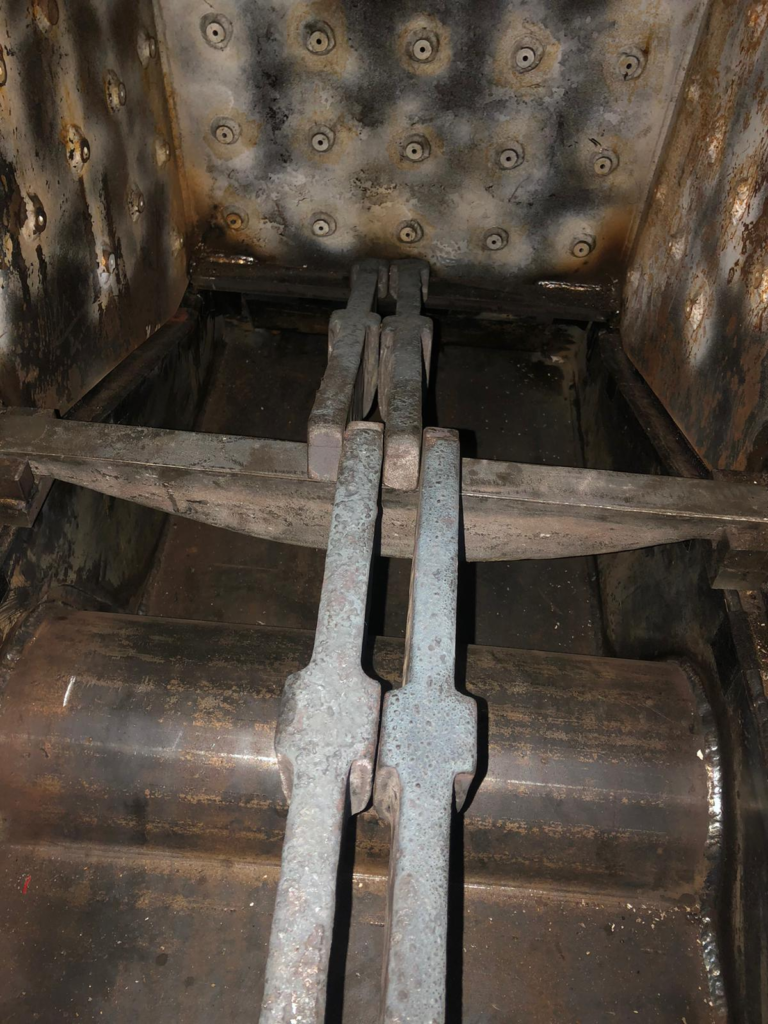 In weather like that, there’s nothing like a good fire, and I think you’ll agree, the picture above is nothing like a good fire. It is, however, a small selection of good firebars, which is certainly a start. We are, of course, now talking about the replica of Blyth once more, and in the above photograph we see the trial fitting by North Bay Engineering of the new cast firebars in position over the ash pan, which in its turn is suspended beneath the firebox. This photograph will have been taken through the fire hole door, looking down towards the grate.

The reason the grate is made from separate bars in this way, rather than in one piece as one might find in a model or a domestic stove, is because the firebars are consumable items. So great are the temperatures involved, and so harsh the environment in which they exist, that these cast iron bars will, over time warp and even burn away, the ability to replace wasted bars where necessary thus being of great benefit. One factor we found when we switched from soft coal to anthracite for the 7 1/4” locos was that the greater available heat made it much easier to burn a hole in the grate. 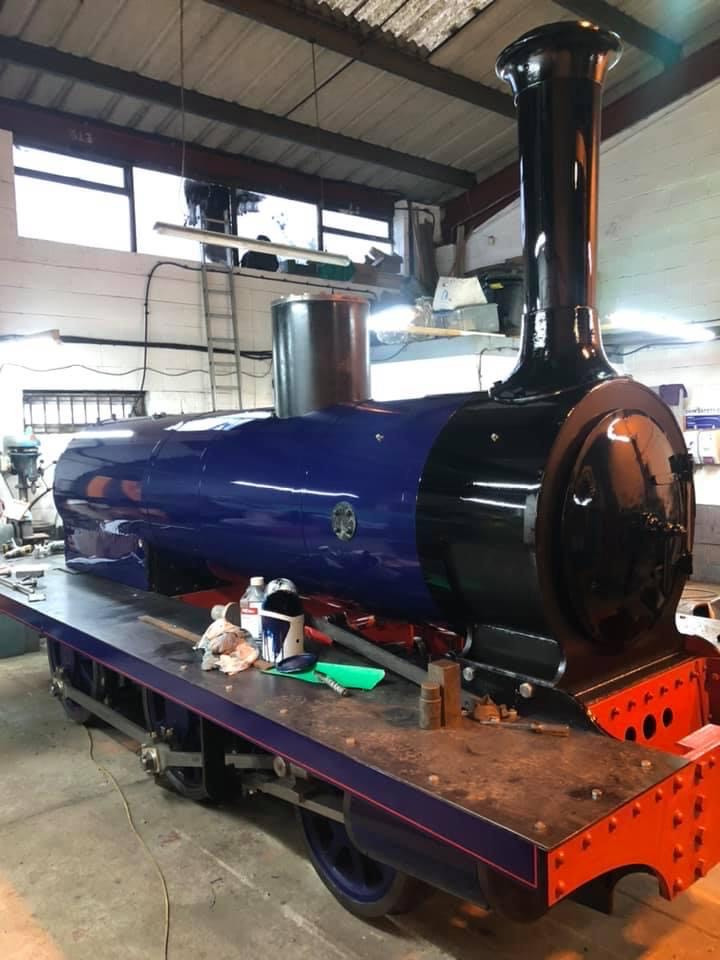 North Bay have also been busy with the paintbrushes recently, and to judge from the above photograph, to excellent effect. What you can see above is the boiler with its new steel cladding sheets and bands installed and painted in the Great Eastern Railway blue that these locomotives carried for much of their working life, probably not entirely unconnected with the fact that the little Sharp, Stewart locomotives were sent to the GER works at Stratford for overhaul, where they must have cut a curious figure amongst the Claud Hamiltons and S69 (later to become L&NER B12s) of the Great Eastern. 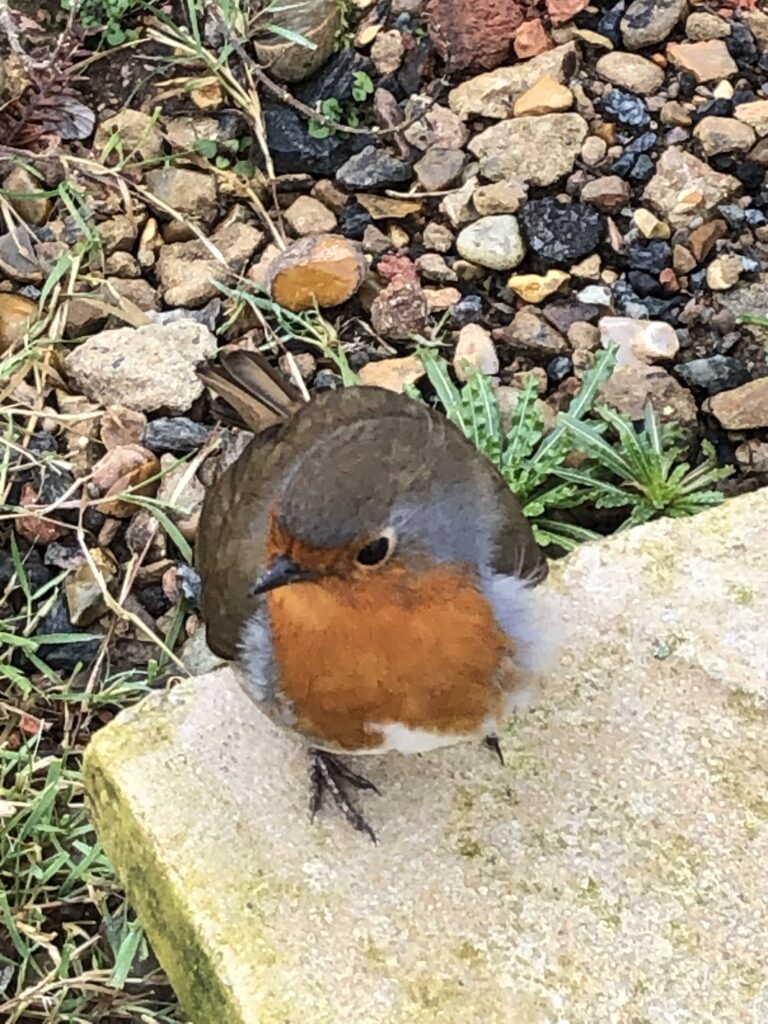 And finally, we’ve been honoured by another visit from the (or at least, a) robin. The robins haven’t been very amenable during the winter, showing a frankly ungrateful streak which I feel does them no favours, but now they’ve got a hint of spring in their tiny nostrils they seem to be mellowing somewhat. Maureen Ridgway found this little fattie singing his head off on the fence this morning, and since I still have a soupçon of Food for Fattie Robins left over from last year, I thought I’d offer him some. Due formalities were observed, and all interested parties were satisfied. 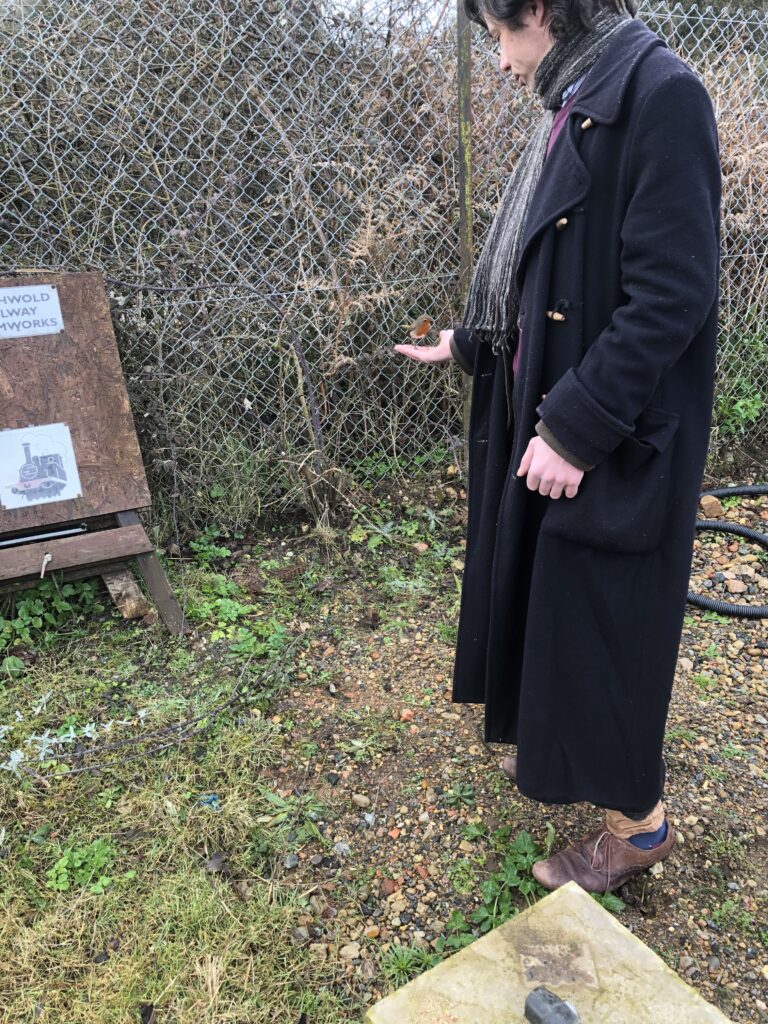 If you catch my drift..