Good news rarely goes amiss, and doubtless all who have been following the Blyth project will consider the recent announcement of an imminent steam test by North Bay Engineering of Darlington as very good news indeed.

What this essentially means is that the locomotive is now operationally complete- and that the long-term ambition of the Trust to replicate one of these characterful little locomotives has achieved its realisation, after more years than one would really care to think about.

The new locomotive has had to be transported to a secure outdoor location for the steam test, the facilities at NBE being unsuited to the purpose. This in part explains the delay experienced in arranging the test; some of you will recall that we had hoped to see Blyth in Southwold before the end of 2021, but less than favourable conditions and problems relating to Covid conspired to derail that particular ambition. Below we can see the loading operation- no doubt the anchoring chains are stout enough, but to the casual observer the angle required seems rather alarming.. 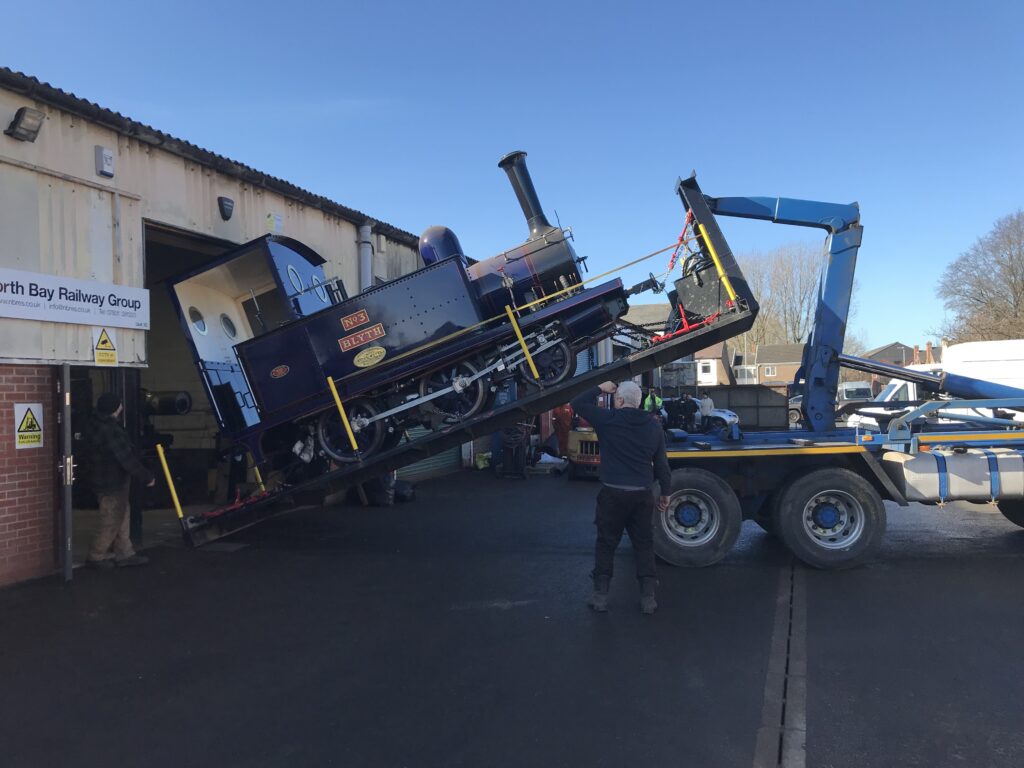 The steam tests will enable the various functions of the new locomotive to be proved, as well as representing the final stage in the certification of the boiler, the first part, the hydraulic test, having been carried out when the boiler was first constructed and still out of the frames. The safety valves will be set and the motion work tested under steam on the rolling road shown in the photographs- although it has, of course, already been tested with compressed air in the workshop.

Safely loaded, it looks rather fine in the sunlight.. 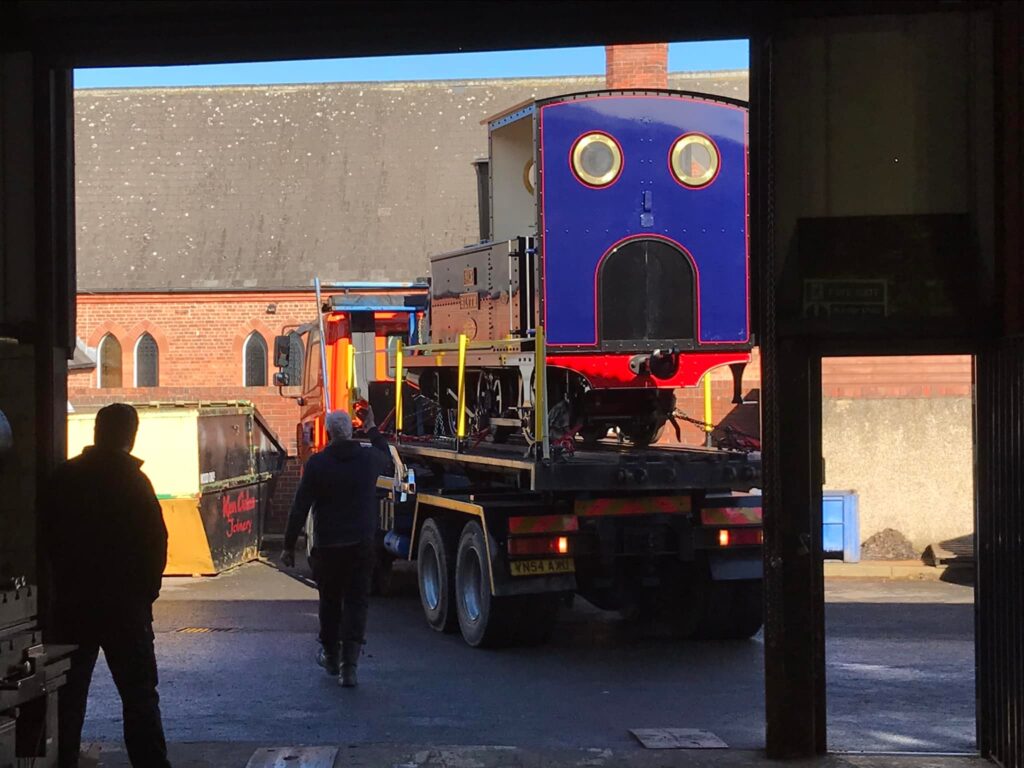 Assuming that all the tests are successful- (and it would be unreasonable not to expect a certain amount of fine-tuning and fettling to be required before this can happen)- we will be approaching a point at which we can expect delivery of the locomotive, although as yet we have no date given for this. There is such a thing as making ourselves hostages to fortune, after all..